What are the SAR values for Apple’s iPhone SE smart phone?

Be sure to read the latest
Consumer Reports safetywarnings
about cell phone use. 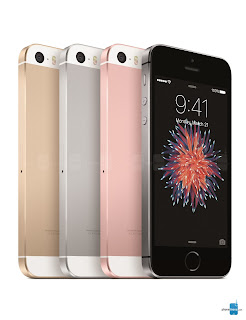 iPhone Radio-Frequency information
Here is the one-page info sheet that comes with a new iPhone. The third paragraph instructs consumers about how to find RF exposure information for their new cellphone.

"Exposure to Radio-Frequency Energy On iPhone go to Settings > General > About > Legal > RF Exposure. Or go to www.apple.com/legal/rfexposure."

Does Apple really want consumers to see this information? 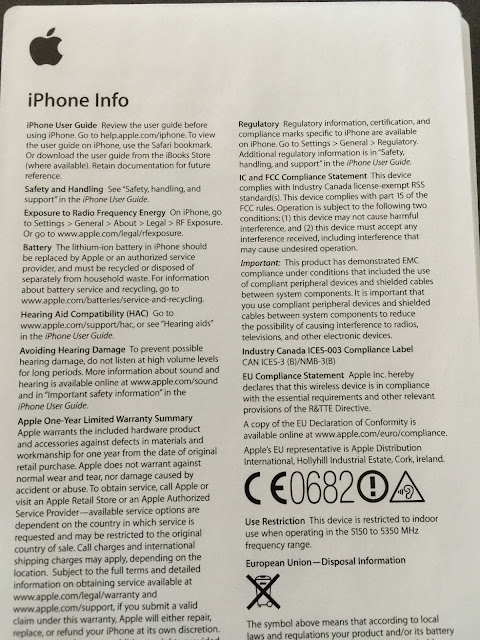 According to test reports filed with the U.S. Federal Communications Commission (FCC), the Specific Absorption Rate (SAR) for the iPhone SE for cellular transmission is 1.14 watts per kilogram (w/kg) at the head, and 1.14 w/kg when worn on the body. The wireless router SAR is also 1.14 w/kg. The SAR for simultaneous transmission (cellular plus Wi-Fi) is 1.59 w/kg at the head, 1.58 w/kg when worn on the body, and 1.56 w/kg when the phone is used as a hotspot.

All SARs reported above are averaged over one gram of body tissue corresponding to the U.S. standard. According to the testing service, “The results documented in this report apply only to the tested sample, under the conditions and modes of operation as described herein.” The minimum separation distance for body-worn testing and hotspot exposure was 5 mm (about 0.2 of an inch). The SARs that the user experiences may vary depending upon the user's cell phone carrier.

The SARs for the iPhone 6 models can be found at http://bit.ly/iphone6radiation.

Based upon the weight of the evidence from several decades of research including thousands of peer-reviewed published studies, many experts worldwide have signed declarations calling upon government to adopt stronger radiation standards to protect consumers from low intensity, non-thermal exposures from radiation associated with wireless communications, and to alert consumers about how to reduce their risk of harm. (14 -16) Recent evidence suggests that brain tumor incidence is increasing inthe U.S. and other countries and exposure to cell phone radiation may be contributing to this increase. (17) Two hundred and twenty (220) scientists who have published peer-reviewed research on electromagnetic fields and biology or health have now signed a petition, the International EMFScientist Appeal, calling for more protective limits on radiation from wireless devices including cellphones.

For tips on how to reduce your exposure to wireless radiation, see "Some Tips to ReduceYour Exposure to Wireless Radiation". (18) In short, limit your use of the phone, keep the phone away from your body whenever it is powered on, use the phone hands-free, and turn off transmitters not in use (e.g., shut off Wi-Fi or use airplane mode).

The slides for this presentation can be downloaded from http://bit.ly/WirelessCalday2016.​

As wireless technologies, particularly cellphones, become ubiquitous in our culture, researchers have been asking the question: what, if any, impact is there from this technology on our health? Research has been conducted concerning wireless technology and cancer, reproductive health, fetal development, children's health and electromagnetic sensitivities, to name a few areas of concern.

In May of 2015 190 scientists from 39 nations signed an appeal which was submitted to the United Nations and the World Health Organization (WHO). All of these scientists have published peer-reviewed papers on the biological or health effects of non-ionizing radiation, part of the electromagnetic field (EMF) spectrum that includes Extremely Low Frequency fields used for electricity, and Radio Frequency radiation used for wireless communications. The International EMF Scientist Appeal calls upon the United Nations, the WHO, UNEP and all UN Member States to:
To date, 220 scientists from 42 nations who have published peer-reviewed research on EMF and biology or health have signed the Appeal.

Last May, the City of Berkeley unanimously adopted a landmark cellphone "right to know" law that has recently been enacted despite a lawsuit filed by the telecom industry.

Joel M. Moskowitz, PhD, Director, Center for Family and Community Health, UC Berkeley School of Public Health. Dr. Moskowitz is an associate producer of the movie “Mobilize: A Film about Cell Phone Radiation”. His website is a valuable resource for journalists and the public. In the past year, he helped organize the International EMF Scientist Appeal (EMFScientist.org) and consulted on the Berkeley cell phone “right to know” ordinance.