Effects of Exposure to Electromagnetic Fields: Thirty years of research

Government and industry-linked scientists often claim that research on the effects of exposure to EMF is inconsistent, and that more research is needed before health warnings are issued or regulatory exposure limits are strengthened.
In 2011, the International Agency for Research on Cancer (IARC) of the World Health Organization classified radio frequency radiation (RFR) “possibly carcinogenic to humans” (Group 2B). The IARC plans to review RFR again by 2024 because most peer-reviewed studies published in the past decade found significant evidence that RFR causes genotoxicity. Thus, the IARC will likely re-classify RFR to either "probably carcinogenic to humans" (Group 2A) or "carcinogenic to humans" (Group 1) at the next expert review.
Cell phones and other wireless devices also produce static and extremely low frequency (ELF) electromagnetic fields. ELF was classified by the IARC as “possibly carcinogenic to humans” (Group 2B) a decade before RFR received this classification.

Dr. Henry Lai, Professor Emeritus at the University of Washington and Editor Emeritus of the journal, Electromagnetic Biology and Medicine, has compiled summaries of the research on the biologic and health effects of exposure to RFR and ELF EMF. His set of abstracts which cover the period from 1990 to April 2022 constitute a comprehensive collection of this research.
Dr. Lai reports that the preponderance of the research has found that exposure to RFR or ELF EMF produces oxidative damage or free radicals, and damages DNA. Moreover the preponderance of RFR studies that examined genetic and neurological effects has found significant effects.
The evidence for DNA damage has been found more consistently in animal and human (in vivo) studies than in studies of cell cultures (in vitro).
Top Line Results
Overall, 82% (n=1,608) of 1,962 studies of non-ionizing electromagnetic fields reported significant biologic effects.
Radio frequency radiation:
91% (n=263) of 288 oxidative damage (or free radical) studies published since 1990 reported significant effects. 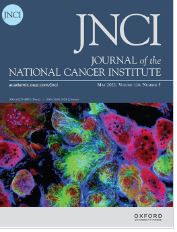 " We do agree, however, with both Moskowitz (1) and Birnbaum et al. (6) that our study does not include many heavy users of cellular phones."

"A large international prospective study of cellular telephone users including also men and younger women is underway [7] but results have not been published yet. Overall, our findings and those from other studies support our carefully worded conclusion that 'cellular telephone use under usual conditions [our emphasis] does not increase brain tumor incidence'. However, advising heavy users on how to reduce unnecessary exposures remains a good precautionary approach."

The ongoing debate of whether use of cellular telephones increases the risk of developing a brain tumor was recently fueled by the launch of the fifth generation of wireless technologies. Here, we update follow-up of a large-scale prospective study on the association between cellular telephone use and brain tumors.

During 1996-2001, 1.3 million women born in 1935-1950 were recruited into the study. Questions on cellular telephone use were first asked in median year 2001 and again in median year 2011. All study participants were followed via record linkage to National Health Services databases on deaths and cancer registrations (including nonmalignant brain tumors).

During 14 years follow-up of 776 156 women who completed the 2001 questionnaire, a total of 3268 incident brain tumors were registered. Adjusted relative risks for ever vs never cellular telephone use were 0.97 (95% confidence interval = 0.90 to 1.04) for all brain tumors, 0.89 (95% confidence interval = 0.80 to 0.99) for glioma, and not statistically significantly different to 1.0 for meningioma, pituitary tumors, and acoustic neuroma. Compared with never-users, no statistically significant associations were found, overall or by tumor subtype, for daily cellular telephone use or for having used cellular telephones for at least 10 years. Taking use in 2011 as baseline, there were no statistically significant associations with talking for at least 20 minutes per week or with at least 10 years use. For gliomas occurring in the temporal and parietal lobes, the parts of the brain most likely to be exposed to radiofrequency electromagnetic fields from cellular telephones, relative risks were slightly below 1.0.

Our findings support the accumulating evidence that cellular telephone use under usual conditions does not increase brain tumor incidence.

Preliminary comments on "Cellular Telephone Use and the Risk of Brain Tumors: Update of the UK Million Women Study"

Like the earlier cell phone-brain tumor risk study that used data from the UK Million Women study (Benson et al., 2013), the current study (Schüz et al., 2022) is methodologically unsound due to limited assessment of cell phone use over time and misclassification of exposure. Furthermore, participant attrition from this prospective longitudinal study was very high which likely contributed to the fact that few participants in the main analysis were heavy lifetime cell phone users.

Thus, the study provides no assurance of safety to current cell phone users who use their phones more or start using at a younger age. The results of this study are also limited to the study population, namely middle-aged and elderly women who lived in the United Kingdom (UK).

Comparing their study to Interphone, a 13-nation case-control study which found that heavy lifetime use of cell phones (1,640 or more hours -- the top decile or 10%) was associated with significantly increased malignant brain tumor (i.e., glioma) incidence, the authors point out a major limitation of their new study:
"In INTERPHONE, a modest positive association was seen between glioma risk and the heaviest (top decile of) cellular telephone use (odds ratio = 1.40, 95% CI = 1.03 to 1.89). This specific group of cellular telephone users is estimated to represent not more than 3% of the women in our study, so that overall, the results of the 2 studies are not in contradiction (23)."
In the current study, only 18% of cell phone users talked on cell phones more than 30 minutes per week which corresponds to about 4 minutes per day or 26 hours per year which amounts to about 260 hours over a 10-year period -- far less use than what it would take to see a statistically significant association with brain tumor incidence. Even among daily cell phone users in this study, only 41% talked on their cell phones more than 30 minutes per week.
In contrast, we found in our meta-analysis of 46 case-control studies that "cellular phone use with cumulative call time more than 1000 hours statistically significantly increased the risk of tumors" which corresponds to at least 17 minutes per day over a 10-year period (Choi, Moskowitz et al., 2020).
The study also misclassified some "never" and "ever" users: Among participants who completed the 2001 and 2011 surveys, 45.8% of the 2001 never users talked on cellphones more than 1 minute per week (vs. 73.5% of ever users), and 8.8% talked on their cellphones more than 30 minutes per week (vs. 18.2% of ever users). 2001 never users talked on their cellphones an average of 4.3 years (vs. 8.9 years for ever users).
The current study did not control for cordless phone use, a potential confounder, which likely increases brain tumor risk. The study also failed to control for those who kept the cellphone away from their head during phone call phones by using the speaker phone or a headset.
The authors did not report any analyses to determine whether the selection of participants for this study or the high amount of participant attrition (68%) biased the study results.
The paper reported, "For the main malignant subtypes, glioma and glioblastoma, there was no indication of an increase, based on 937 and 702 cases, respectively, in cellular telephone users."
How can the authors account for the results found in a study that examined brain tumor incidence from 1995 to 2015 in England (which includes about 84% of the UK population, the sampling frame for the current study)?  Philips et al., 2018 found a substantial increase in the incidence of the most common form of glioma, glioblastoma multiforme (GBM), over that time period along with a reduced incidence of lower grade tumors:
"We report a sustained and highly statistically significant ASR [age-standardized incidence rate] rise in glioblastoma multiforme (GBM) across all ages. The ASR for GBM more than doubled from 2.4 to 5.0, with annual case numbers rising from 983 to 2531. Overall, this rise is mostly hidden in the overall data by a reduced incidence of lower grade tumours."
This new paper concludes with the following advice:
"Future research should target specifically the very heavy cellular telephone users, with attention to new features of a continuously evolving technology; hence, advising cellular telephone users on how to reduce unnecessary exposures remains a good precautionary approach."
Unfortunately, those who only read the abstract will see the following disingenuous conclusion:

"Our findings support the accumulating evidence that cellular telephone use under usual conditions does not increase brain tumor incidence."

The phrases, "accumulating evidence" and "under usual conditions" seem misleading given the limitations of the current study. Moreover, multiple case-control studies report increased brain tumor incidence with levels of cell phone use now considered quite common. The U.S. National Cancer Institute should be admonished for publishing this study in their hallmark journal, JNCI.
--
No Link Between Cell Phones and Brain Tumors in Large UK Study