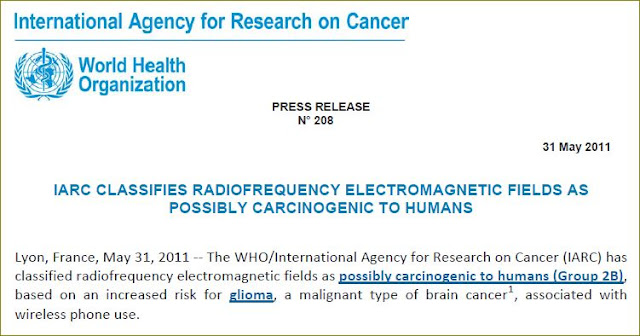 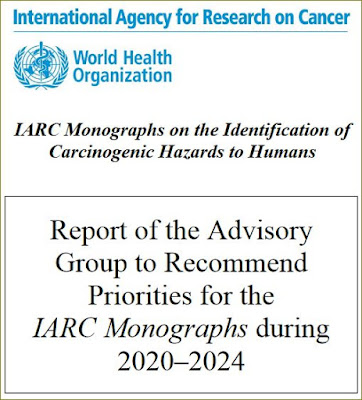 The FCC received more than 1,200 submissions regarding its cell phone radiation regulations. These documents reveal what we know about wireless radiation health effects, and why we need to strengthen regulations and provide precautionary warnings to the public.

In response to the Federal Communications Commission's (FCC) request for input regarding its radio frequency radiation regulations adopted in 1996, individuals and organizations submitted thousands of documents, testimonials, research papers and scientific publications that are now available to the media and to the public.

These documents reveal what we know about wireless radiation health effects, and why we need to strengthen regulations and provide precautionary warnings to the public.

Although fifteen countries have issued precautionary health warnings about cell phone radiation and recommendations on how to reduce risks, the wireless industry in the U.S. has opposed precautionary warnings and wants to weaken our radiation standards instead of strengthen them.
In all, more than 1,200 submissions were made to the FCC between June 24, 2012 and November 1, 2019. Many submissions include multiple documents. To access these papers go to the FCC's web site for Proceeding Number 13-84.

Part II which appears below contains a list of key research papers and monographs submitted to the FCC and links to these documents which  enable people to download the papers.

See Part I for key submissions to the FCC regarding cell phone radiation and its health effects, and cell phone testing procedures and regulatory standards.

See Part III for links to petitions signed by EMF scientists calling for stronger regulations of electromagnetic fields (EMF) including radio frequency fields. The International EMF Scientist Appeal was signed by more than 240 scientists who have published over 2,000 papers and letters in professional journals on EMF and biology or health.

Zothansiama et al. Impact of radiofrequency radiation on DNA damage and antioxidants in peripheral blood lymphocytes of humans residing in the vicinity of mobile phone base stations. Electromagnetic Biology and Medicine. 2017.
https://ecfsapi.fcc.gov/file/1210030663890/Impact%20of%20radiofrequency%20radiation%20on%20DNA%20damage%20and%20antioxidants%20in%20peripheral%20blood%20lymphocytes%20of%20humans%20residing%20in%20the%20vicinity%20of%20mobile%20phone.pdf

Council of Europe. Parliamentary Assembly. The potential dangers of electromagnetic fields and their effect on the environment. Doc. 12608. May 6, 2011. http://apps.fcc.gov/ecfs/document/view?id=7022311504

Moskowitz JM. Why the FCC Must Strengthen Radiofrequency Radiation Limits in the U.S.: A compilation of original press releases from April 2012 – November 2013. Nov 5, 2013.
http://bit.ly/1b9FG37