What are the SAR values for iPhone’s new smart phones?
How should consumers use this information?

Be sure to read Consumer Reports safety warnings
about cell phone use.


For information about wireless head sets, see my AirPods post.

A word of warning about the new iPhones: Sophos has an article on its computer security website entitled, "iPhone's new 'off' switch that leaves Bluetooth and Wi-Fi turned on." (Please let me me know if this information is false.) 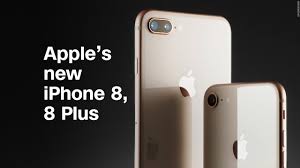 According to test reports filed with the Federal Communications Commission (FCC), the Specific Absorption Rate (SAR) for the iPhone 8 (CDMA Models A1863, A1907) for cellular transmission is 1.14 watts per kilogram (w/kg) at the head, and 1.08 w/kg when worn on the body. The hotspot/Airplay SAR is 1.08 w/kg. The SAR for simultaneous transmission (cellular plus Wi-Fi) is 1.51 w/kg at the head, 1.56 w/kg when worn on the body, and 1.56 w/kg when used as a hotspot.

All SARs reported above are averaged over one gram of body tissue corresponding to the US standard. The SAR values vary by cell phone carrier: Verizon and Sprint use the CDMA models, and AT&T and T-Mobile use the GSM models.

The minimum separation distance for body-worn testing was 5 mm (about two-tenths of an inch).

The SAR values for the Samsung Galaxy S8, 8 Plus, and Note smart phones were obtained at a separation distance of 15 mm (about six-tenths of an inch) from the body so the body-worn SAR values are not comparable to those reported for the Apple iPhones. For more information see my article about Samsung smart phones.

The SAR test, adopted in 1996 by the FCC, was criticized by the U.S. Government Accountability Office in 2012. (5) The test does not reflect those who currently use cell phones, nor does it correspond to the way people use them. Today many children are cell phone users--the child’s brain absorbs twice the radiation as the adult’s brain. Moreover, the artificial head does not contain any metal (e.g., dental fillings, earrings, or eyeglass frames) which could increase the radiation absorption beyond the measured SAR in the laboratory. (5)

Other risks from cell phone use include reproductive harm and male infertility, and neurological disorders (e.g., impaired cognitive functioning, headaches and migraines, and ADHD [attention deficit/ hyperactivity disorder]) in children. (12, 13)

Based upon the weight of the evidence from several decades of research including thousands of peer-reviewed published studies, many experts worldwide have signed declarations calling upon government to adopt stronger radiation standards to protect consumers from low intensity, non-thermal exposures from radiation associated with wireless communications, and to alert consumers about how to reduce their risk of harm. (14 -16)

Recent evidence suggests that brain tumor incidence is increasing in the U.S. and other countries and exposure to cell phone radiation may be contributing to this increase. (17) In 2015 more than 220 scientists who have published peer-reviewed research on electromagnetic fields and biology or health signed a petition, the International EMF Scientist Appeal, calling for stronger regulation of wireless radiation.