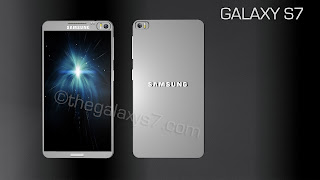 Be sure to read the latest
Consumer Reports safety warnings
about cell phone use.

Today the New York Times reported that Samsung has decided to permanently stop producing the Note 7 smartphone due to problems with the replacement phones.

On October 10, the BBC reported that Samsung temporarily stopped production of the Galaxy Note 7 smartphone due to reports of replacement phones catching on fire. Several phone companies in the U.S. stopped selling this phone or replacing existing phones.

CNN reported that Samsung issued an alert to all Galaxy Note 7 owners to turn off their phones immediately to prevent fires.

Today the U.S. Consumer Product Safety Commission issued a recall of all Samsung Galaxy Note 7 smartphones sold prior to September 15 because the lithium ion battery can overheat and catch fire. Canada and Mexico also issued recalls. Samsung has received 92 reports of batteries overheating in the U.S.

To find out more the recall and whether your cell phone battery is safe, see Samsung's recall notice.

Samsung has stopped sales on the Galaxy Note 7 and issued a voluntary recall due to potential battery problems. As of September 1, 35 devices have caught fire when charging. Contact your cell phone company for details about the recall.

For the Galaxy S7 Edge, the SAR for cellular transmission is 0.64 watts per kilogram (w/kg) at the head, and 1.07 w/kg when worn on the body. The wireless router SAR is 1.10 w/kg. The SAR for simultaneous transmission (cellular plus Wi-Fi) is 1.56 w/kg when used as a hotspot. (2)

All SARs reported above are averaged over one gram of body tissue corresponding to the US standard. The SARs may vary depending upon your specific cell phone carrier (e.g., AT&T = A, Sprint = P, T-Mobile = T, Verizon = V). The SARs for the Galaxy S6 and S6 Edge can be found at http://bit.ly/galaxy6sar.

The minimum separation distance for body-worn testing was 15 mm (about 0.6 of an inch). According to Samsung, "To meet RF exposure guidelines during body-worn operation, the device should be positioned at least this distance away from the body."

The SARs for the Apple iPhone 6 and iPhone 6 Plus were obtained at a separation distance of 5 mm (about 0.2 of an inch) from the body so the body-worn SAR values are not comparable to those reported for the Samsung phones. The iPhone SAR values can be found in my article on Apple smart phones.

The FCC ID number for the Galaxy S7 is A3LSMG930US; for the S7 Edge it is A3LSMG935US, and for the S7 Note it is A3LSMN930F. The SAR values for these smart phones can be found on the following FCC website: www.fcc.gov/oet/ea/.

Based upon the weight of the evidence from several decades of research including thousands of peer-reviewed published studies, many experts worldwide have signed declarations calling upon government to adopt stronger radiation standards to protect consumers from low intensity, non-thermal exposures from radiation associated with wireless communications, and to alert consumers about how to reduce their risk of harm. (14 -16) Recent evidence suggests that brain tumor incidence is increasing in the U.S. and other countries and exposure to cell phone radiation may be contributing to this increase. (17) In May, 2015, about 200 scientists who have published peer-reviewed research on electromagnetic fields and biology or health signed a petition, the International EMFScientist Appeal, calling for stronger regulation of wireless radiation.

For tips on how to reduce exposure to wireless radiation, see "Some Tips to ReduceYour Exposure to Wireless Radiation". (18) In short, limit your use of the phone, keep the phone away from your body whenever it is powered on, use the phone hands-free, and turn off transmitters not in use (e.g., shut off Wi-Fi or use airplane mode).